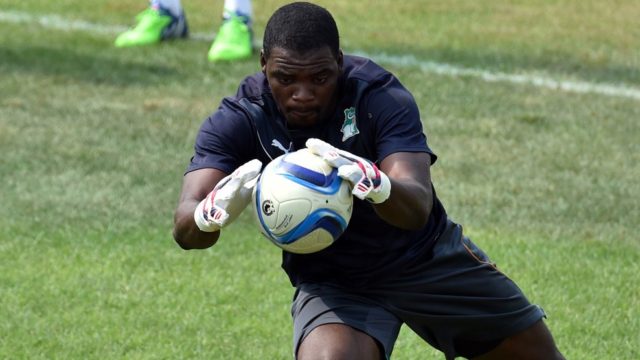 The 28-year-old goalkeeper said he will be present in the upcoming World Cup Qualifier match against Morocco, which is scheduled to take place on November 11 in Abidjan. In an interview with Ivorian news outlet Fratmat, the team’s goalkeeper said although his team “recorded poor results lately, we know what we are capable of.” Gbouhouo then asserted that “in all honesty, the Moroccan team does not scare me” despite its excellent performance during previous matches.

“[Moroccan coach] Herve Renard is confident due to the results recorded with his selection, but he should be certain that he will see something else on November 11,” said Gbouhuo. On October 7, Morocco defeated Gabon with a hat-trick netted by Khalid Boutaib against the opponent. The Atlas Lions have a one-point lead over the Ivory Coast in its Group C. The upcoming World Cup Qualifier will determine which country will travel to Russia. Morocco made their last appearance at the World Cup competition in 1998. Renard is holding out hope to qualify for the World Cup competition with his selection.